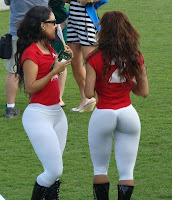 In the late sixties and seventies, I tried as much as possible to see through the barriers and obstacles pretty tough it was. In this era, it was quite difficult to tell the shape of these elements whose extracts were products of ready-made materials, based on their mode of covering. It became a point of concern for some persons whose interest beamed in this direction- feeding their eyes at low or no cost.
I was then approached by an Angel of thought who said to me, why the stress and muscles? Why not wait for twenty-first century researchers. Hmm, I then remembered a quote; life is in stages, men are in sizes, consoled I was waiting for the right stage of things. I never knew Scientists had begun research to device means in which individuals can view the config., of these Characters without much stress or strain. Just like bones is to the dogs, so is research and groundbreaking discoveries to Scientists. After much intense research, field of scope presentations and experiments, only one means was thought easy and preferable, and that means was the use of glasses. With this blueprint, it seems light at the end of the tunnel; all efforts were geared towards this direction to see its realization. At the time Scientists decided to look further, something drastic happened without much energy, skills and mercenary, the face behind the mask was gradually uncovered without stress or highly sophisticated equipments or gadgets. One may wonder what this great and powerful tool was?, that did not attract the time and effort of experimental and exceptional Scientists to unravel their quest, nor equating the mathematical dy/dx in finding an x factor in the blues, but just at the blink of thought the solution was provided. 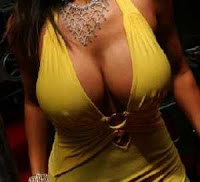 Today, this discovery as proven to be more powerful than the Magnetic Field Force of a Magnet, calculative and precise as a General Pocket Radio Service (GPRS) showing geographical contours on a map, sadly it’s the map morphology of my sister in the radar of public display. At the angle of elevation, no microscopic view is required to access the geometrical shape or the haphazard rhythmic movement of my sister special traits, cos the supposed highly extol materials of virtue are all conspicuous to the naked-eye. While hustle and bustle for a cow, when the milk is relatively free in the market place. On the other hand, my sister felt she was the in-thing, the happening wave of the moment. If only she knew she was an object of experimental research to bring a means to an end.

This great tool used and still in use in devaluing my sister and her-likes comes in different names, shapes, and sizes. The future mother of highly extol Africa child brought to the apt of nothing, but public disgrace and a show of worthlessness. I could not bear the piercing ridicule of this shame anymore hence, I did a little research, and my results outlines some or few of these apparatus turning my sister to a public miscreant, without much ado, the truth was revealed. This social none scientific tools are classified into; Jergens, Skip-pant, Bump-short, Low-waist, Sphagatti tops, Bikinis etc. In all, the simple classification of these genera is FASHION. These thoughts of mine were gradually cascading to endless worries, like a toad that as refused to find neither its way to the snake stomach nor exit from the mouth. I was pushed to asking; is this fashion or ceremonial parade of nakedness at the highest order of insanity? Is this modesty or malady of misguided species that have lost their dignity and prestige at the altar of shameful and body exposure called fashion, or propagative means in getting the coins from the fat lads? Instead of the episode of Goat chasing after the she Goat in other to perceive the origin of the smell, it became the opposite as men chased after my sister like a fly chasing the un-wipe anus of a baby; this is gradually turning to a crackdown of moral breakdown. From a different point of view, it seems a herald of twenty-first century insurgence of untamed horses bewildered in character and charisma? But then I watch in dismay and surprise like a new monkey newly purchased for a zoo.  It’s pretty difficult these days to separate my sister and ‘Asawos’- (Commercial Sex-workers), cos they've substituted one another with same style of dressing. We can’t tell anymore the distinguishing factors between mothers and daughters, cos they all dressed in half-naked fabrics, a game parade of who the hottest mama or damsel is.  It’s a free-field-show these-day, a swing in pendulum, vis-à-vis the naked mad woman or man on the street harassing his true or semi-true partner cos it pretty difficult for the mad-man to segregate who is who because both are dressed in same fashion pattern of a community he hails from; In my way I try to differentiate also who is who, since both are in pieces clothing exposing their core vital areas meant for secret viewing by their rightful owners. My sister in this write-up is the average twenty-first century lady exposing her body structure freely without cost. Every free and cheap commodity attract the most of attention, cos its free, it’s as no respect or value and often time such commodities are priced low.

In my little and candy opinion, it’s a plot by the male folks to reveal the secret chambers of the opposite sex without much vocabulary of words. Since 90% of great fashion designers in the world are Men, the deal was well sealed and concluded, before the opposite folk could get the logic, they were caught in the web….. Decency is not exchangeable or purchase with hard-currency. Improper dressing and body exposure is not prerogative to beauty. A well prepared palm-oil sells in the market-square with just the sweet smelling aroma circulating the air. A bad cook is a bad cook, no matter the level of sophisticated ingredient he uses in preparing his meal.

I think is high time we address this malady before it degenerate to a Nation or world-wide insanity of individuals parading themselves naked all in the name of Fashion. A point of caution Ladies!

......"If you will hear my voice and harken to my commandment, I will heal thy land and thy body says the Lord". Say this simple prayer; Lord Jesus I know am a sinner, forgive me all the wrong I have done, am willing to follow you now and always till the rest of my life. I will read your word (bible) daily, I surrender all to you today save me Lord Jesus. Be my Lord, be my Savior. Amen!! Welcome to God's Kingdom you are now born again God Bless...

Email ThisBlogThis!Share to TwitterShare to FacebookShare to Pinterest
Labels: Love Sex and Relationship.