What as Become of Us? 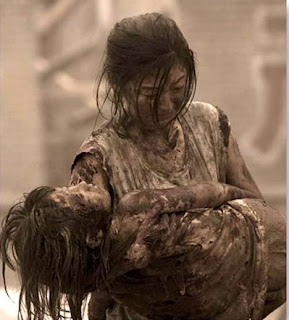 "We are told by the Holy Books; "nothing is new under the sun". I guess there is nothing left on earth or yet to be discovered or heard of. I'd rather migrate to a new planet and start afresh"- Pethiano.

The life of emptiness, the space of speculations, the known becoming the unknown. Evil strive at will. A life were shadows are believed to be real in comparison to flesh and blood. A season where the cast shadow represents the opposite of its true self image. Have lived and I have seen that the right ones, with the right frame of minds are often misunderstood for no just reason.

A world full of pretense, we are as chameleons, changing our values as circumstances dictates or demands. You open up for the right reason, the same reason for which you said the truth is classified as bias motive, or seen as a way of begging for favour. Holding on to self and keeping a clear distance, you are labeled as one
full of self ego. We decide to associate, but then we are treated as outcast. We love for the right reason, we help the next door neighbour for a true cause yet, you receive a eye-rolling expression as gratitude. Laughing these days is seen as mockery. No one seems to have a clear conscience anymore. Its everyone to himself and God for all these days. But, in my school of equality and inequality, I was taught all men are equal in the sight of God. From my understanding of the said statement, all men are equal in the sight of God, but in the scheme of things we know our equals.

The symbol 'black', irrespective of the true genuineness of purpose is classified as evil. Conversely, the white irrespective of the atrocities committed is naturally taken as pure and harmless as a dove. In a world of evil, mistrust and misplaced priorities, we seek not to find the truth before judging the next door neighbour of evil and criminality. All in the name of complexion and colour, religion, ethnicity and tribe differences, we slice and bake lives as piece of bread. Everything is connected in the circle of life. We have a common unilateral cord from same genomic origin as humans.

As a Writer, I have hovered round in my mind and stream of thoughts to demystify the uncertainty and distrust in my generation. As a Scientist, I have tried to differentiate at the genomic level the difference between a Black and White, between Asians, Europeans and Africans, but still, same DNA materials bind us all. Same number of DNA compositions- Adenine (A), Guanine (G), Cytosine (C) and Thymine (T) are the complimentary bases that forms us all.

In my views of thought, classifying another human as inhuman sound comical. It's like the pot calling the kettle black. Because there is no genomic difference between Mr. A and Mrs. B, both are formed with same genomic compositions. Saying one is from the East, West, North or South or Black or White as no place in the twenty-first century. If we still live like cannibals and barbarians, I wonder what differentiates us from the Stone Age. An era where men and woman dressed with leaves. Logically, one can still infer that the present age has not really evolved from the Stone Age, because our ladies still go about half-nude. The men swinging their organs like rhinos and gladiators in the public arena. Fathers, sleeping with daughters, sons having sex with mothers, in all, it is called civilization.

What has become of us? are we living with aliens or is our genomic materials transforming gradually without our awareness? Are we re-evolving into a new era? We claim to engage in peace keeping mission(s), whereas we heat-up the tides amongst brothers in order to sell  ammunition and steal from other Nations. What have we turned our world into? The truth is, whichever way(s) death is served, either cold or hot, death is a meal we all must taste someday! Remember you won't be here forever. Many have gone, how many can you remember?

Email ThisBlogThis!Share to TwitterShare to FacebookShare to Pinterest
Labels: leadership